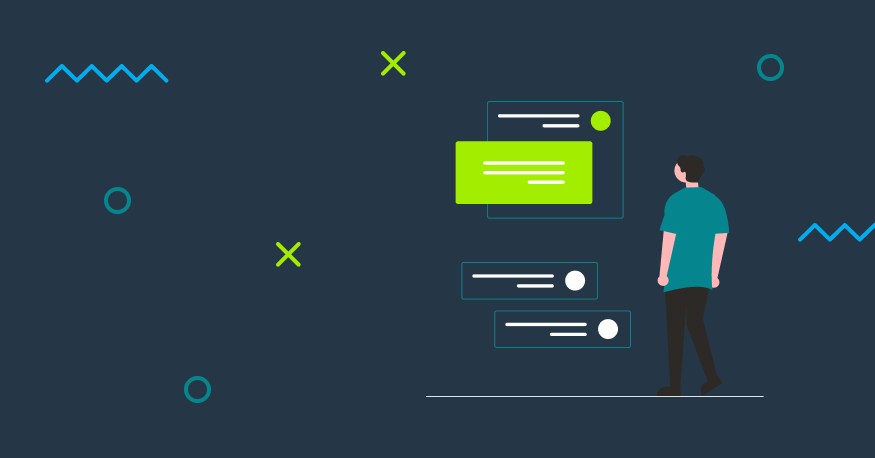 As DevOps practices are spreading across organizations, more and more companies are implementing CI/CD processes. To ensure these processes run smoothly, you need proper tools. Based on our experience, we have prepared a list of the best CI/CD tools that will help you build an effective CI/CD pipeline.

Before we delve into more details, let’s look at what the acronym CI/CD stands for.

Continuous Integration (CI) is about using automation tools to build, test and merge code seamlessly. It ensures that code written by different programmers and belonging to different software components is error-free. Additionally, automated tests allow you to spot bugs at the early stage of the software development process and fix them immediately, thus avoiding quality issues later, when your software has already been released.

Continuous Delivery (CD) is the practice of releasing software in short cycles, with greater speed and frequency. New code is released in smaller batches, even a few times a day. You do not have to wait for a major release in order to correct bugs or add new functionalities. The entire release process is much easier to manage and your code is more bug-resistant.

CD also means Continuous Deployment—the constant and automated production deployment of every change made to the code. In an ideal scenario, every change should be made automatically, without any human intervention.

The next section walks you through the tools you’ll need to build your own CI/CD pipeline.

You can’t build an efficient CI/CD pipeline without the proper tools, which I’ll get to in a moment. But first, it is important to notice that there are two approaches to app development: cloud-based and cloud-native application development.

A cloud-native approach means that an app is designed and created with the aim to be deployed directly in the cloud. Hence apps are packaged in Linux containers and managed by orchestration platforms, like Kubernetes or Docker Swarm

It is true that cloud-based apps are also deployed in the cloud and can be containerized. However, the main difference from cloud-native apps is the approach to the development process. Most typically, we change the architecture of the existing legacy apps to move them to the cloud, where they become cloud-based apps. In fact, a cloud-native approach can be perceived as an additional step forward to better use the benefits and flexibility the cloud offers.

Among cloud-native CI/CD pipeline tools, we rate these as the best:

The next section describes these tools one by one.

Thanks to using Kubernetes, Tekton allows you to build, test and deploy your software across multiple cloud providers or on-premises systems by creating an abstraction layer with all underlying implementation details.

It has been gaining in popularity and is used on such platforms as IBM Cloud, OpenShift and VMware Tanzu.

The main benefits of using Tekton:

Jenkins X is a new approach to design from Jenkins—an open-source automation server that automates all sorts of tasks related to building, testing, and deploying software.

Jenkins and Jenkins X have a lot in common: everything you can do with Jenkins X you can do with Jenkins, if you use several plugins and integrations. Jenkins X also uses Tekton as a pipeline engine. The main difference is that Jenkins X was built with a cloud-native approach in mind, so it works better with container orchestration platforms like Kubernetes or Docker Swarm. Additionally, Jenkins X allows you to harness open source tools like Helm, Draft, Monocular, ChartMuseum, Nexus and Docker Registry. As a result, you can build cloud-native applications faster and easier.

The main benefits of using Jenkins X are:

GitLab CI/CD is a part of GitLab–a suite of tools for managing different aspects of the software development life cycle (SDLC), including a web-based Git repository manager including features such as issue tracking, analytics, and a wiki.

GitLab’s CI (continuous integration) service builds and tests the software whenever the developer pushes code to the application. On the other hand, thanks to continuous delivery capabilities, GitLab ensures your code can be reliably released at any time. If you want to automate the process and ditch the manual deployment approach, you should aim at continuous deployment.

The main benefits of GitLab’s CI/CD are:

GitHub Actions is an open source tool you can use to automate a CI/CD pipeline. It allows you to build, test and deploy code directly from GitHub. You can base your automation on any GitHub events, including code push or issue creation.

The main benefits of GitHub Actions include:

TeamCity Cloud by JetBrains is a continuous integration tool that helps you build and deploy different types of project. TeamCity Cloud runs in a Java environment and integrates with Visual Studio and IDEs.

Now we’ll have a look at the cloud-based CI/CD pipeline tools.

As one of the main public cloud providers, AWS offers an entire set of services for configuring your CI/CD process:

GCP offers its own CI/CD pipeline tool—Cloud Build. Its main features include:

Azure Pipelines is the CI/CD solution available from Microsoft Azure. It can build and test any language, and deploy to any platform or any cloud.

As you can see, there are plenty of options to choose from, both open source and paid, when building your own CI/CD pipeline. The right tool will allow you to enjoy all the benefits of building, testing and deploying your software automatically.

If you want to read more about CI/CD - check out our other articles:

DevOps Engineer
More from this author