Why is the Python programming language so popular?

According to the Stack Overflow Developer Survey, Python takes third place in the most popular technology rankings. What features have put Python in the top three? Does this programming language really deserve its fame?

This article will focus on the reason for Python's popularity, its features, and possible usages. Moreover, there are also some examples of big IT companies that use Python in production.

Python is one of the most popular programming languages, and there are a lot of resources dedicated to this technology. Let's look at Python's features, history, and possible implementations to shed more light on details that can determine this language's success.

History of the Python programming language

Python’s story started in the late 1980s, but its implementation began at the end of 1989. The project had one principal author and leader who set the direction of development – Guido van Rossum (he gave up his leadership role in 2018).

Version 1.0 saw daylight in January 1994, and included features like lambda, reduce, map, and filter. Python 2.0 replaced the first version of this programming language in 2000 and provided users with new features, including garbage collector.

"Python 3000" or "Py3K" (officially Python 3.0) was released in the last month of 2008 – it changes print into a built-in function instead of keeping it as a statement and removes backward-compatibility features, including old-style classes, string exceptions, and implicit relative imports.

In short, Python is a high-level, interpreted, procedural, object-oriented language with dynamic semantics. What does that mean in detail?

The Python language allows for writing (more or less) independent programs for any type of computer and provides strong abstraction from the details (high-level). It has to be converted by an interpreter into machine code (interpreted).  Python’s source code is compiled into bytecode that the virtual machine can execute. The language provides support for programming using a classes and objects paradigm (object-oriented). Dynamic semantics means that Python uses variables as dynamic objects. Variables store references to underlying values or objects.

Python combines dynamic typing and dynamic binding. The variables are determined only during runtime. Instead of being specified by a declaration statement, they are bound to a type. Last but not least, Python is a general-purpose language, so it is not specialized for any specific issues and has a lot of built-in data structures. This is one of the most important reasons for Python's popularity.

GIL, or Global Interpreter Lock, is a mutex. It works as a gatekeeper – at a specific point in time, only one thread can be in a state of execution and it is permitted to maintain control of the Python interpreter (basically GIL prevents the use of multiple CPU cores simultaneously and ensures only one thread can execute Python code at any one time).

As such, GIL only applies to multithreading and prevents real parallelism in that aspect. However, parallelism in Python is still achievable by using multiprocessing, which helps to speed up CPU-bound, computationally heavy tasks.

The GIL feature is not the most popular one among Python developers – there is a common view that GIL is challenging.

Let’s take a closer look at the abovementioned other Python language implementations.

IronPython – open source Python implementation integrated with .NET. IronPython could be used as a fast and expressive scripting language by developers for, among other things, embedded or testing.

MicroPython – implementation optimized for microcontrollers and running in constrained environments.

PyPy – this alternative to CPython with a JIT compiler onboard ensures that Python programs run faster.

Stackless Python is a fork of CPython and is dedicated to supporting microthreads.

Advantages of the Python programming language

Python, despite its flexibility, is not first choice for every type of project – when the top priority is a high performance, it will probably not meet the project’s requirements. In this case, better put the Python option away and leave it until the next project.

What pros make Python so popular and overcome the inconveniences connected with this programming language?

The Go programming language is chasing Python when it comes to popularity. Are Golang and Python similar? Read our recent comparison to learn more.

What is Python used for?

For Python, flexibility is not a buzzword – this programming language is used across a wide range of businesses.

This short list does not mention all the fields that Python is used in, so please keep in mind that the below points are only examples, and there are many more possible Python usages.

Check out more about what is Python used for in our article.

At CodiLime, we also take advantage of Python’s great adaptability to different environments. We have used Python to develop:

However, this is only a drop in the ocean of Python possible usages. More examples are available in our case studies. Also explore our Python programming services if you want to build a project with us.

Which companies use Python in production?

Python is a popular programming language among both smaller and larger companies – below are a few of the many big names which use the Python language to develop their projects.

Google – Python is one of the few official Google server-side languages. The plan for Google's backend was to use Python whenever possible. Python's main aim was to ensure undemanding maintenance and fast delivery.

Reddit – half a year after deployment, the whole site was rewritten into Python from the Lisp language. In this case, the variety of libraries is as important as the readability of the code.

Dropbox – Guido van Rossum has supported Dropbox (yes, the Python creator) as an engineer since 2013. Dropbox has already been recognized in the market, and Guido helped them to grow further and the company in 2019. A significant number of Dropbox libraries and internals are written in Python. Also, Dropbox's API was made with this programming language.

Still unsure if Python is worth your attention? In the next section, you will find the core arguments for giving Python a chance.

Why should you choose Python?

Python is faster and slower at the same time. How is that possible? To be honest, Python is not the fastest programming language. That is no secret. However, Python compensates for its slower execution time with business speed. A faster development process saves money and shortens time-to-market, making the product easier to upgrade and deploy.

Python’s simple syntax and many connections to the English language are one of the reasons for its popularity, but it is not the only benefit for developers. Even for non-technical team members, Python’s code looks like regular text. This gives them a clear look into the code and the big picture.

Python as a free solution provides developers with better access to libraries and modules, helping them in their day-to-day tasks. It is also a great help for smaller companies and startups, where a limited budget is often an impediment.

Developers can rely both on helpful and active community members and on a wide variety of available libraries, guides, and tutorials. Taking all of this together makes a solid background and a mine of information for any possible issue.

Python is compatible with many platforms and systems - Windows, Linux, macOS, and more. That means the Python code can be run on any of the mentioned operating systems and, as an interpreted language, is executed directly without the need to be recompiled first – the same code runs equally well on different platforms.

Python's popularity is reflected in the solid number of developers who specialize in this programming language. This community is still growing, but indeed, there are experts on the market ready to develop the project and support it with their knowledge.

PEP 8 is a complete guide for Python’s code that lays out programming good practices. Thanks to PEP 8, developers have access to the code convention and recommendations on how to keep code clear.

Python is the most wanted technology for a fifth year – developers are still working with this programming language, and that is no coincidence.

Python’s power lies in its ability to adapt and adjust, and the wide range of libraries and frameworks available. Strong support from the community facilitates resolution of most possible problems – whatever the issue, there is a good chance that someone has already found a way to overcome it. Taken together, these factors make Python a compelling option on the table when choosing the technology for a project. 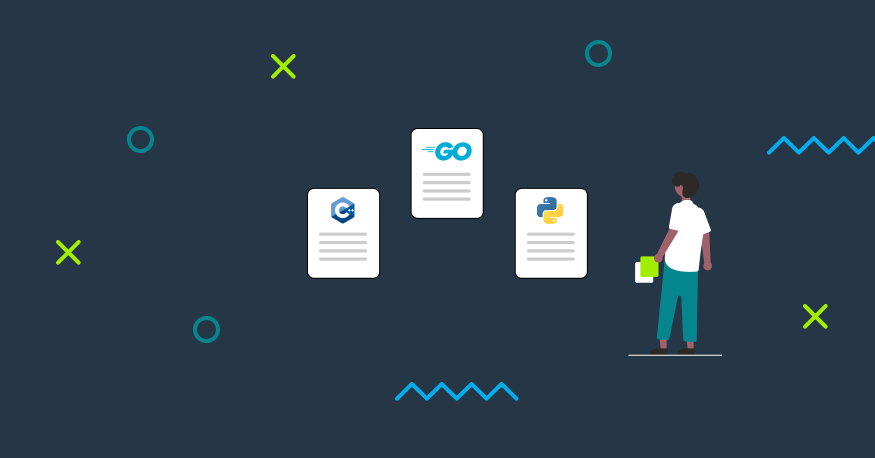 16 minutes
Why is Rust programming language so popular?
Krzysztof Wróbel