The CI/CD paradigm of software development is hyped as the next step in designing a software system that needs to deliver results. The term itself may be a bit foggy, especially as there is more than one way to understand just what is meant by the acronym.

CI/CD stands for Continuous Integration (CI) and Continuous Deployment or Continuous Delivery (CD). Although the basics are relatively similar, there are fundamental differences that define the key beneficiaries and the results to achieve. Of central importance here is the automation of engineers’ repetitive work and reducing the need to handle dull and detailed processes. As with all engineering, however, the devil is in the details.

What Continuous Integration stands for?

CI is, at least theoretically, the less troublesome half of the equation. Continuous Integration uses automation tools that empower development teams to build and test code after each merge as seamlessly as possible .

Developers working in the CI paradigm merge their changes with  the main code as often as possible. That only sounds simple. Modern software is composed of various components built using a multiplicity of technologies including programming languages, platforms and clouds - to name only the obvious ones. Thus there is a strong need for reliable frameworks for developers to operate in and integrate and validate the changes.

The key component of the CI/CD ecosystem is the test environment, which reduces the testing time by automatically spotting the most serious bugs at early stages of software delivery. Automated code testing smoothes out the process.

Frequently merging small pieces of code is a good way to avoid future conflicts - all team members have access to the latest code base and can ensure the compatibility of commited code on the go. Running regular integration testing is crucial to maintaining software consistency.

What is Continuous Delivery?

Focused on keeping the code ready to deploy at any given time, Continuous Delivery is a natural follow-up to CI. It’s not about making bugged-code available for the production environment. Rather, all the sets of features are ready to go, and the latest build is ready to be delivered at any time given.

CD is challenging the traditional means of releasing code, eschewing the big-bang approach and opting instead to make new releases available on demand, even a few times a day.  This ultimately makes the code more bug-resistant. With smaller batches released, it is easier to manage the bug-fixing. The possibility of delivering an update that needs to be nuked due to unexpected, heavyweight bugs is significantly lower.

What is Continuous Deployment?

The second version of the CD acronym stands for Continuous Deployment. It is the CI paradigm taken to a new level, as the idea of constant and automated production deployment of every change done to the code.  The changes are ideally automated, without human intervention.

The approach works well in a corporate environment, where the user and the tester are ultimately one person.

The differences between two CDs

Both versions of CD focus on working in fast iterations and delivering small batches of code to apply to the app, regardless of how it looks. The differences come down to the fact that different groups benefit from approaches.

Is maintaining the paradigm’s purity important? Not in this case. The approaches can be mixed or merged in any number of ways. In the most iconic case, the apps are internally tested in-house by all users in a Continuous Delivery way to be polished before release in a Continuous Deployment format.

The backbone of backend

The new approach to delivering software needs to be supported with a dedicated techstack, one that is significantly different from traditional tools. Currently there are three leading software suites designed for CI/CD, all of which can be open-sourced.

Summary - so who benefits?

CI focuses on automation tools to allow development teams to integrate their efforts, build and test the code. During the integration, errors are detected much faster and returned to the development team for improvement. When tests don’t show any errors, the code is ready to be released for production, together with the confidence that it will work as planned.

One or the other CD then enables the code to be packaged and delivered with a fully automated deployment process. Small but more frequent releases are much easier to conduct and a whole lot less risky than big-bang integrations done ‘by hand’. The right CD allows users to enjoy new features earlier while avoiding any downtime.

In a nutshell, any business that relies on internally-developed apps could well benefit from embracing the CI/CD paradigm. 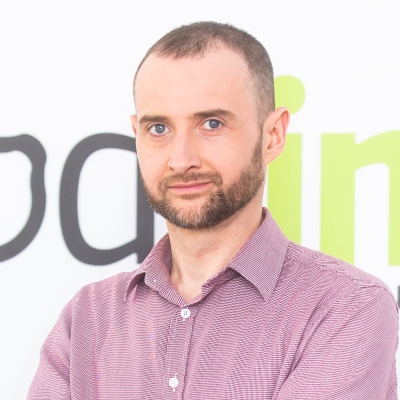